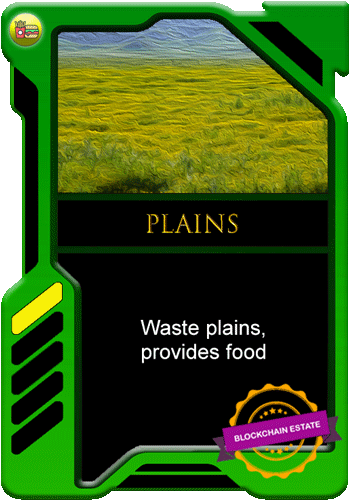 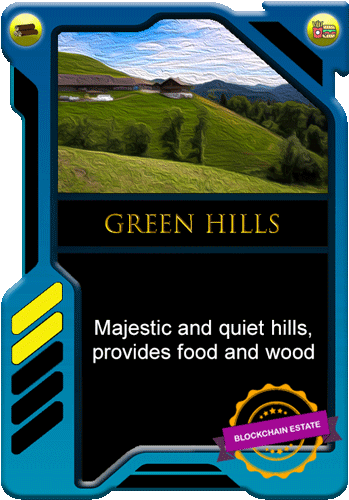 As categories we have:

The rarity of the NFT impacts the resources provided while prospecting. Those resources are not a pool from where the players are gathering, but a bonus of your prospecting results. For example, if you prospect iron with some basic iron pickaxe, you might get under 10 iron, but if you get it on a mythic land, you will get thousands, which helps you to craft faster uncommon and rare NFTs than the players who don’t own land.

The players who don’t own land are assigned in a balanced manner through all existing lands. Players who are inactive are removed from lands until they become active again.

The game map will remain fixed and will not be expanded in the future. At start, if we get blockchain sync issues when players will unpack their EBI land packets, we might add a few land parcels in exceptional cases, to keep everybody happy.

If the game will become non-functional, stuck, etc. and needs expansion, we will not expand the map, but we will go underground and the land underground will pay taxes to the lands above. We will make other resources types and NFTs, blueprints, etc. to not affect the existing game. But we don’t plan to do that, it’s just a “just in case things go wrong” idea, we want to tell to everybody upfront about what to expect.

Land owners can’t kick the existing players from their land. However, if they bring new players through our referral system, each new player will be assigned to the land owner who referred him. We designed the mechanic like this, so you can play with your friends and family.

Every player can see what happens in his land and all the active NFTs assigned to that land.

There are various events and quests which might appear on the map in your land, so be sure you are ready for them!

Land NFTs can be exchanged as any other NFT on the Atomic or other markets. If a land NFT is listed on a market, you can still use it until is sold. If the NFT is sold to another player, the resources will still go to the old owner until the new or the old owner will sync his game account with the blockchain (or at each login or any other major operations, etc.).

If some land owner deactivates his land NFT, when the players come online or do any activities on the deactivated land, they will be automatically migrated to another the less occupied active land from the game.

We have some cool ideas for land owners (for example, some land events which they can research), but those will be maybe in the future updates.

A land parcel is a square on the above map. For example the parcel at x1:y1 (top-left) corner is a savanna land.

If the land owner will become inactive, the players on his land are not affected in any way. When the land owner storage is full, instead discarding the resources the taxes will be donated to Elite Central Vaults. But yes, owning a mythic storage NFT and a mythic land NFT is not a bad idea for casual players…